Something cool that happened every month of my life: 2011

5 years ago, I was doing some reminiscing about what my life had been like 5 years prior to that (in 2010), and I had a lot of fun sharing those memories. 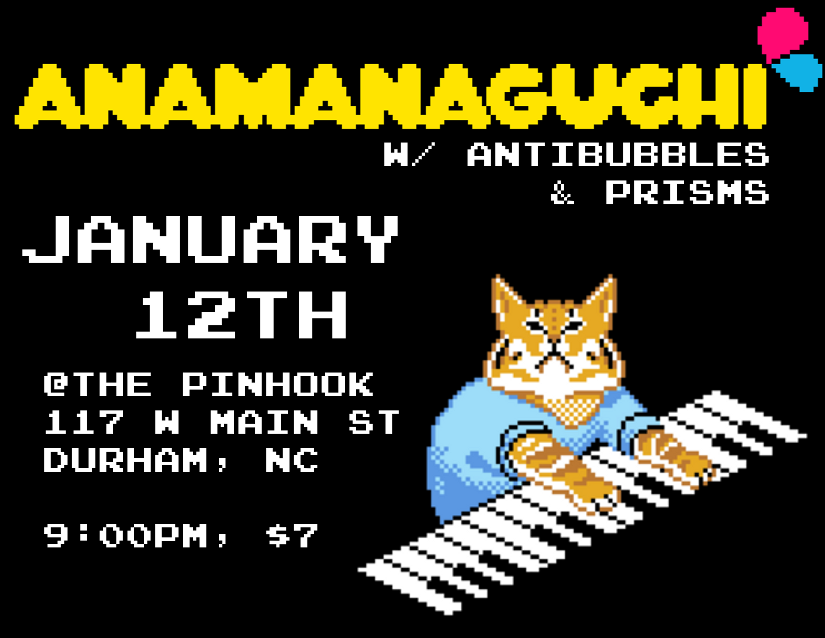 January 2011: Antibubbles had the pleasure of opening for Anamanaguchi when their tour came through Durham. I had noticed on the Pinhook’s website that Anamanaguchi were scheduled to play there, and there was no opening act listed, so I took a chance and sent the venue an email, asking if perhaps my band could be added to the bill as an opener. I was pleasantly surprised when they said yes!

The night was magical. The Pinhook was packed from wall to wall with people who were there to see Anamanaguchi (and they ended up being an enthusiastic audience for Antibubbles, too!). When Anamanaguchi took the stage, it looked like literally everybody in the room was dancing. I felt star-struck that my band had the opportunity to share a bill with a band of their calibre. They were also super down-to-earth and they chatted with us for a while after the show. Their drummer even bought an Antibubbles LP! February 2011: Renay and I collaborated on a modern dance piece that we performed at Motorco in Durham. Being held close to Valentine’s Day, the show was a collection of performances by various artists (dancers, spoken word performers, martial artists, etc.) centered around the theme of love.

Our piece was called Fragaria, named after the scientific name for the strawberry plant. We made chocolate-covered strawberries and distributed them to the audience, and we performed a live collaboration where Renay improvised modern dance movements and I improvised a looped soundscape by playing my electric bass through effect pedals.

I still look back fondly on that performance. It’s one of only a couple of collaborations that Renay and I have done where I’ve performed the music in a live setting to accompany her dance, and it was a lot of fun. 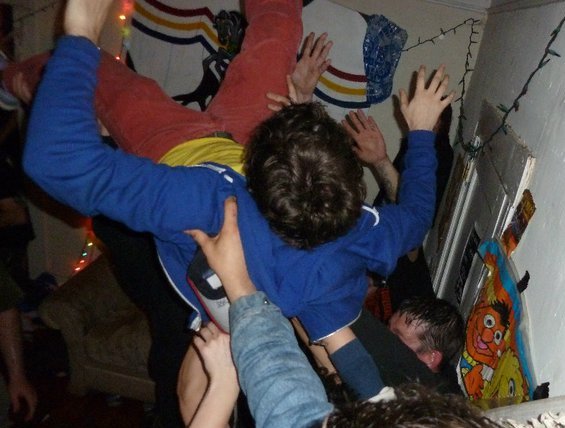 March 2011: On the weekend of my 25th birthday, Devour played some shows out of town in Charlotte, Atlanta and Athens. The Athens show, in particular, was a blast! We played at a house called the Plush Palace. I found an email where I described it to my mom like this: “We were crammed into a tiny living room where, as we played, the crowd fought with Beanie Babies, Silly String and a small plastic wiffle ball bat.” I remember taking any opportunity when I wasn’t playing to pick up Beanie Babies and throw them back at the crowd. I also remember crowd surfing (above) in this tiny living room while the Bukkake Boys played their set. The whole thing was delightfully chaotic.

In an impressive display of bad luck, I somehow ended up accidentally leaving my bass behind in the basement of that house in Athens, and then there was a big rain storm and the basement was flooded! I did eventually manage to get my bass back to Raleigh through a network of friends-of-friends, and despite having survived a flood, my bass amazingly still played just fine!

April 2011: This was the month that Antibubbles released our Planet Xanax 7”. On April 1, we got to play a show at the Local 506 with Royal Bangs, who were (and are!) amazing. Because it was April Fools’ Day, we couldn’t resist the temptation to do something silly during our set. So, we learned the first minute of the Kansas classic “Carry on My Wayward Son” and pretended we were playing it as a cover, with the introductory 3-part vocal harmony and everything. At the point in the song where I would have sung the first verse, I said “April Fools!” and we launched into one of our songs instead.

As an aside, it looks like Royal Bangs had just played on David Letterman, maybe even the same day as they played with us in Chapel Hill!? I suppose it’s possible that they filmed their performance on Letterman early that morning and then drove straight to North Carolina, although that seems unlikely because it’s about an 8 hour drive if there’s no traffic and you don’t stop. Or perhaps they flew down and borrowed gear? Or maybe their performance on Letterman was filmed a day or two prior, and it was just aired the same day as the show. I have a vague memory from after our show at the Local 506 was over, of the Royal Bangs asking the bartender to turn the TV on, and perhaps it was so that they could watch themselves performing live on David Letterman! 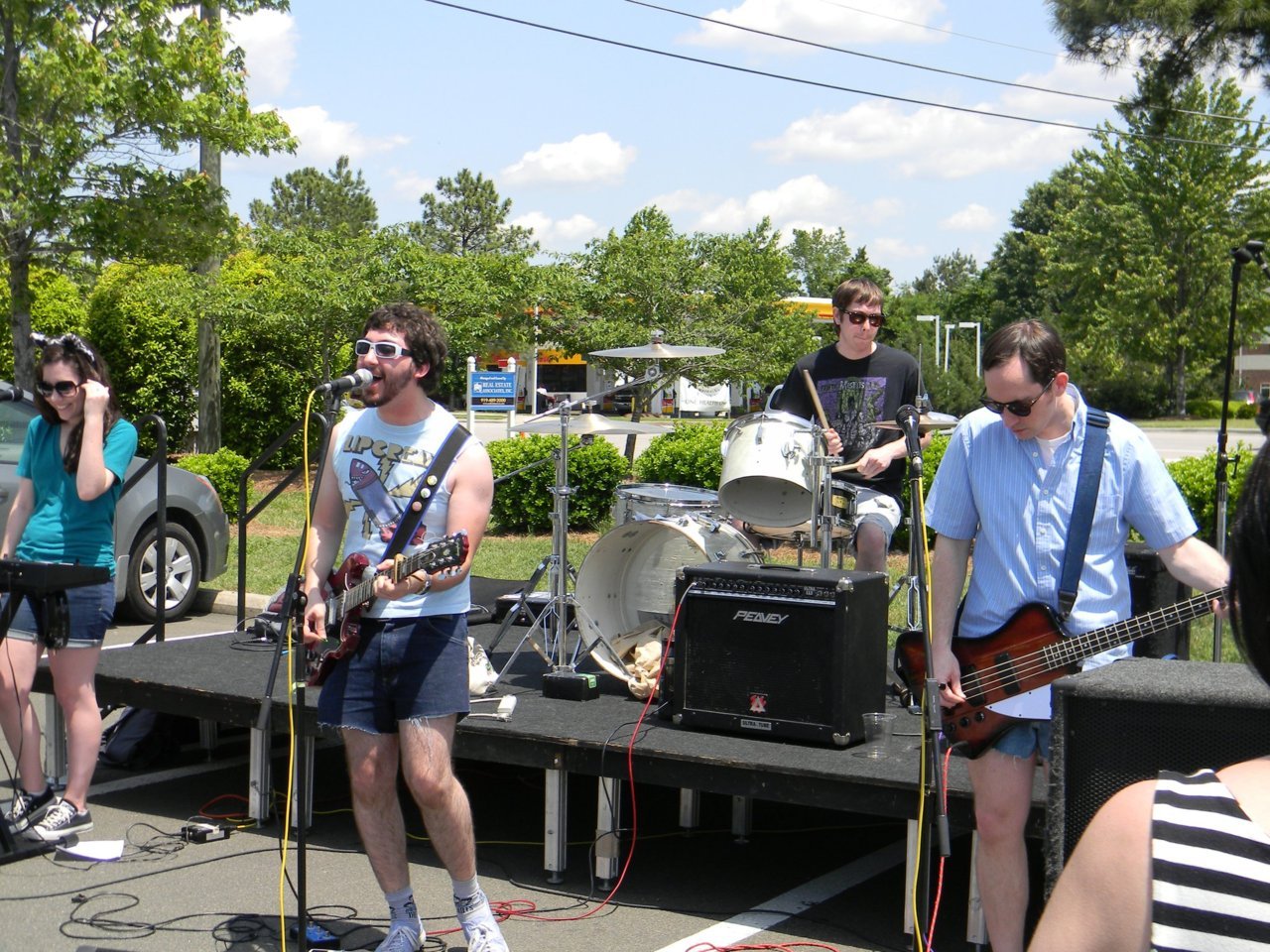 May 2011: Antibubbles were invited to play a set at an outdoor Free Comic Book Day event at Ultimate Comics in Chapel Hill. It was among the most memorable shows that we ever played. Just for fun, we all decided to wear sunglasses and jorts. I got super sun-burned, but all in all it was a lot of fun. 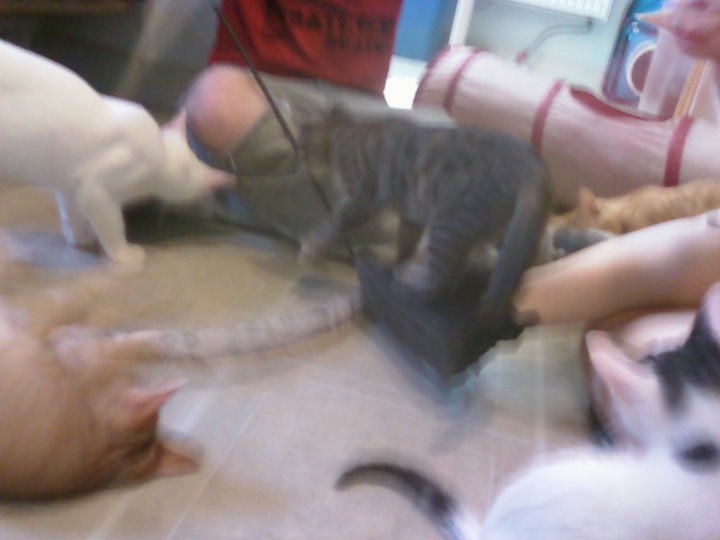 June 2011: Antibubbles visited the Goathouse Refuge, an animal sanctuary dedicated to rescuing and finding adoptive homes for cats. They had a lot of cats there. We went there collectively as a band because we had this crazy idea to shoot a music video for “Tonight Tonight Tonight” there, interspersing footage of us playing with kittens, etc. with footage of us playing the song live.

Sadly, we never ended up shooting the video, but it was still fun to visit the Goathouse Refuge and hang out in a room full of cuddly kittens for a while. 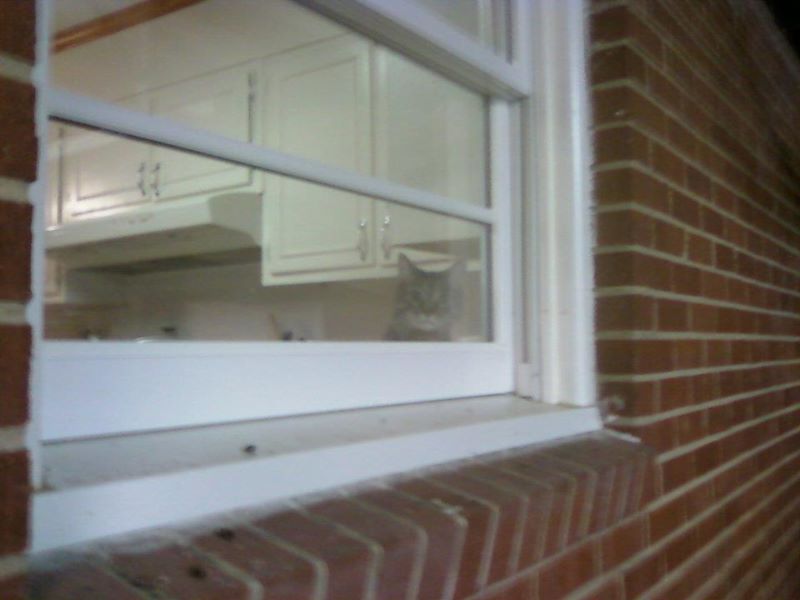 July 2011: I think this was the month when Renay and I closed on our first house in Durham. It was a nice little 1961 ranch house with more than its fair share of things that needed to be fixed, as a result of the previous owner’s questionable DIY decisions. Maintenance headaches aside, I look back fondly on living in that house with Renay, our cat, Steve, and our greyhound, Barbara. We lived in that house until 2016, when we moved to Hillsborough to be closer to where Renay works.

August 2011: Antibubbles played a really fun house show at a place called the Layabout, with the bands Bridget and the Squares, White Laces, and Grandfather. We decided to troll our keyboard player, Anne, by secretly shoe-horning the riff from “Enter Sandman” by Metallica into the break in the middle of our song “Red Blanket”. It was hilarious. (Sorry, Anne!)

September 2011: My friend Ryan Dean hooked me up with a free ticket to one night of Hopscotch, the huge music festival that’s been happening in downtown Raleigh since 2010. Being able to walk around Raleigh and see a bunch of amazing well known bands for free was a rare treat! I remember seeing Swans, Whatever Brains and Guided by Voices. 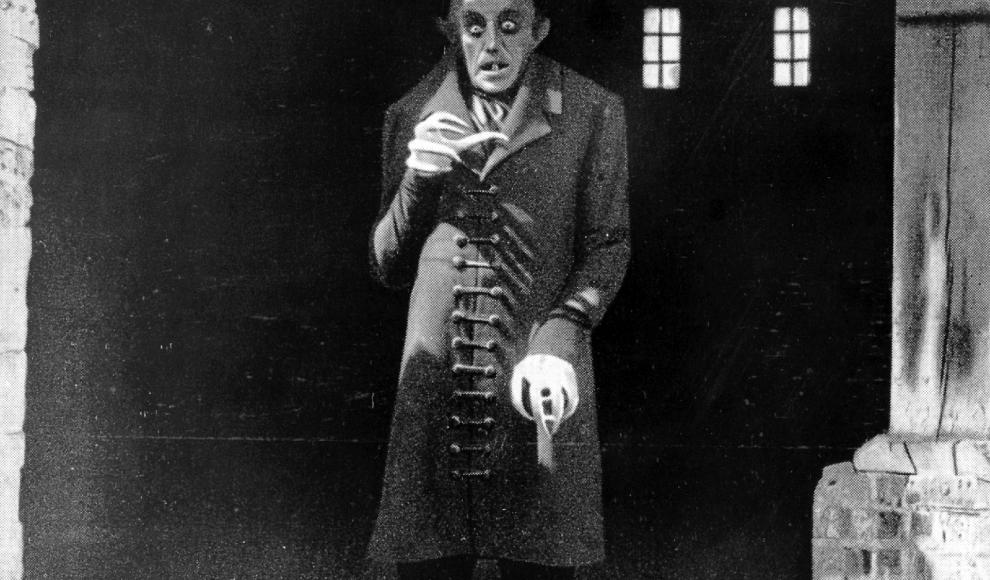 October 2011: Renay and I had a lovely date night close to Halloween. I met her after work at the Remedy Diner in Raleigh (their old location, on Morgan St), which was our go-to vegetarian/vegan-oriented restaurant at the time. After drinking a High Life and sharing vegan nachos with Renay, we attended a screening of the classic 1922 silent horror film Nosferatu with live musical accompaniment arranged by someone in the music department at NCSU.

November 2011: I played the theremin in the pit orchestra for a production of A Doll’s House, an 1879 work by the Norwegian playwright Henrik Ibsen. The score was written for theremin, piano, saxophone/clarinet/flute, and upright bass by the award-winning composer Allison Leyton-Brown, who was actually there with us in person in the rehearsals. I think it’s the first and only time that I’ve been able to work with a composer as a thereminist performing their score. Playing the theremin in a small ensemble like that was really fun, and I just loved the eerie atmosphere that the theremin brought to the nervous and wistful musical backdrop that Leyton-Brown composed to accompany this controversial late 19th century play about a married woman who leaves her family. December 2011: For Christmas, I got the game Rocksmith, which would become my new obsession over the coming months. If you haven’t heard of Rocksmith, it’s a rhythm game similar to Guitar Hero or Rock Band, except instead of playing a pretend plastic guitar, you plug in your actual guitar and the game shows you how to play the actual notes and chords in the songs. If you’re new to guitar, it will teach you how to play the guitar. But if you’re not new to playing the guitar (like me; I’ve been playing since I was 12) it’s even more fun! It’s a lot like learning songs by reading guitar tabs, except that it’s interactive and you get a nice dopamine rush when the game praises you for playing the right notes.