Something cool that happened every month of my life: 2010

Quite often, I think about what I was doing exactly 5 or 10 years ago. I think about what bands I was playing in, where I was living, what my interests were then, how I felt, which people I spent the most time with. As individuals, we are constantly re-inventing ourselves, transitioning in and out of different phases of our lives. I think it’s good to reflect, every now and then, on these different periods of time and what makes them memorable.

Thanks to the eerily archival nature of social media, I am able to go back and re-experience the moments of my life that I considered at the time to be most noteworthy. So, here is one cool thing that happened for every month in the year 2010. (I’m not sure if I’ll ever do 2011 and beyond, but this was fun, at any rate.) 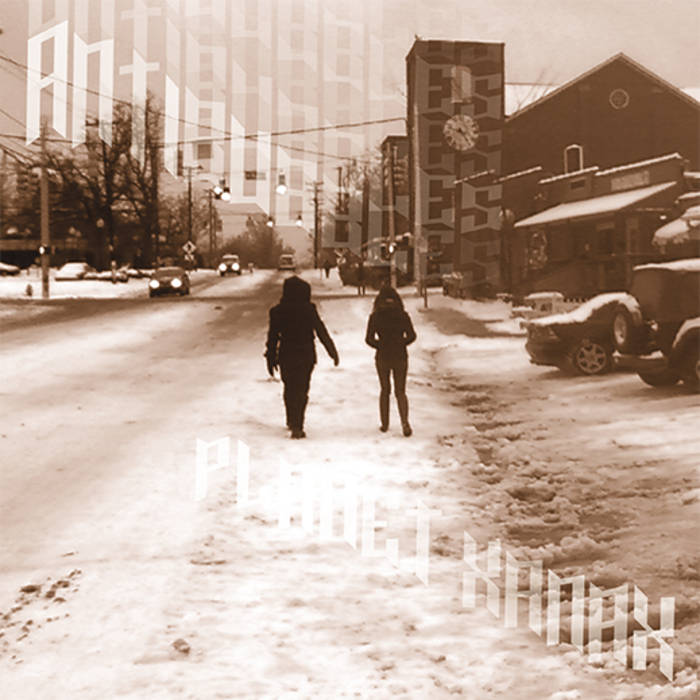 January 2010: When my friend Ryan Dean and I heard there was going to be an ice storm, we spontaneously decided to hang out and get snowed in (iced in?) at his apartment in Carrboro. It was me, Ryan, his roommate Rachael, and their cat Sugar, just hanging out at their apartment, unable to drive anywhere because of the ice covering the roads. I slept on the living room floor for at least one night, maybe two, until the ice melted enough for me to drive back home to Raleigh. We talked, listened to music, drank, played Mario Kart on the Super Nintendo, and watched Sixteen Candles. After a while, we left the apartment and wandered around an ice-covered Carrboro. I took a picture of Ryan and Rachael walking ahead of me, which would later be used for the cover of Antibubbles’ Planet Xanax 7”. 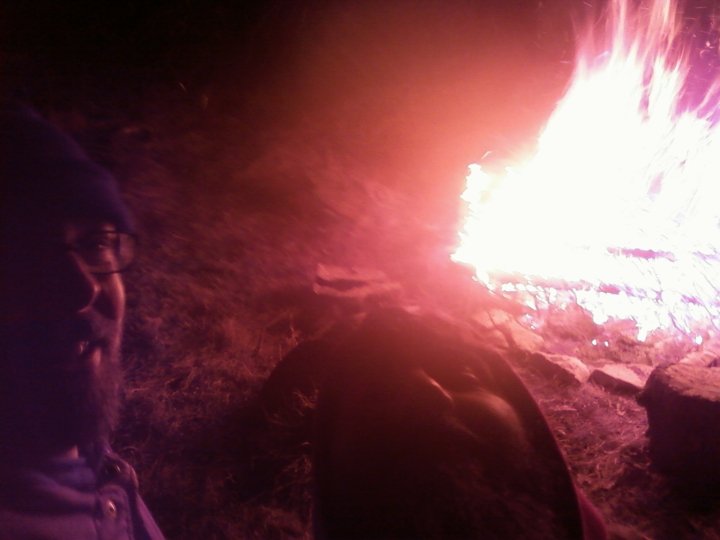 February 2010: Antibubbles took a road trip to Asheville to play at a random house party for someone’s birthday. There was hardly anyone there, but it was a fun little excursion. This was back when we were a three-piece – me and the two Matts. We drank Four Loko, played our set, set a Christmas tree on fire (above), and slept on the floor. I think I remember something about Matt L. putting out a fire in the middle of the night, thus saving the house from burning down. Memory is fuzzy. We also had bomb-ass brunch the next day with Heather before driving home to Raleigh.

March 2010: I saw Anamanaguchi live for the first time, at the Nightlight in Chapel Hill. My mind was fucking blown. I fell head over heels in love with this band.

(This is also apparently the month when I shaved off my beard and I just had a mustache and sideburns for a while. I still think that was a pretty good look for me. I’ll let you decide whether or not you agree.)

April 2010: Antibubbles played an acoustic set at Schoolkids featuring my friend Leah (Lost in the Trees, Beauty World) on cello. We did a cover of the Weezer B-side “I Just Threw Out the Love of My Dreams” (above) that I still remember fondly.

May 2010: Devour played an awesome show at GSS2, with Coke Bust, Stripmines and Sic Sensation. In true GSS2 fashion, it was chaotic as fuck, and I kept running into people during our set (and everyone else’s). The power went out during our set, but then came back right away and we barreled right along. One of my all-time favorite Devour shows. 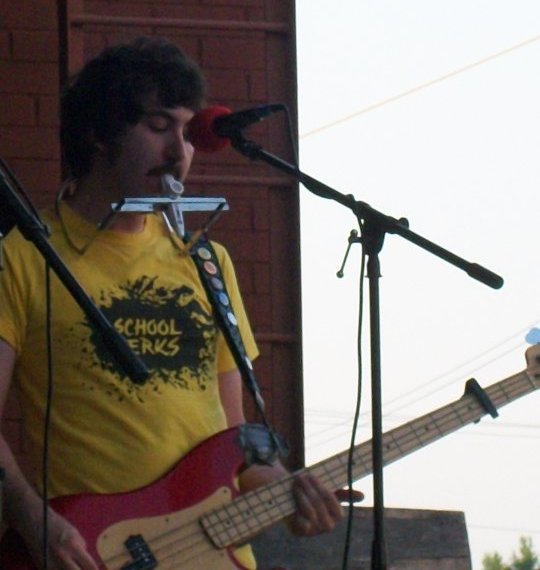 June 2010: I had been playing with the Future Kings of Nowhere up until Shayne was diagnosed with cancer half a year earlier and started treatment. Shayne’s experience inspired him and his wife to start Friends With Benefits, a nonprofit to provide supplemental funds to local musicians who don’t have health insurance. To help raise money for Shayne and Friends With Benefits, we played an all-day benefit show called This Machine Kills Cancer, and I joined fellow Future Kings of Nowhere personnel in playing a special set of Screwtape covers, much to Shayne’s delight and amusement. (Screwtape was the ska/punk band that Shayne and Mike were in when they were about 18.) I played bass and sang a song or two, and for one song I played a kazoo held by a harmonica holder (above), because I couldn’t play trombone and bass at the same time (maybe some day I’ll develop that skill). They were also selling CDs of Future Kings covers recorded by local artists to help raise money for the cause, and I contributed a cover of “C Is for Heartache” that I recorded by learning the guitar part backwards, recording it, reversing it, and singing over the backwards guitar track, one night after a drunken game of Flashlight Freeze Tag in the Rose Garden. 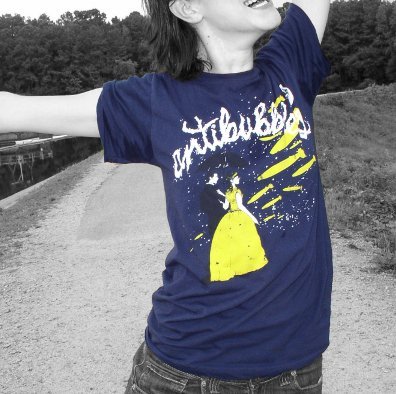 July 2010: A lot of awesome things happened this month, but the fondest memory I have is walking from my apartment to Jordan Lake with Renay to take a picture of her wearing an Antibubbles shirt (we’d just had them made), sitting by the lake for a minute to chill, and nervously asking her out. She said no, but I was undeterred, we continued to hang out, and it wasn’t long before we ended up dating anyway. We are now happily married. :)

August 2010: Renay and I officially decided we were dating the morning before a show we put on at the Nightlight, presenting her dance works Take 1 at Bedtime (to which I contributed a 15-minute sound score) and Wasted. Collaborating with Renay for the first time and seeing our work come to fruition was a magical experience in itself, but made all the more enjoyable knowing that we were “official” (which is a nice thing, really).

September 2010: Some cool things happened at Sparkcon this year. Antibubbles played at White Collar Crime in front of a screen playing Beavis and Butthead Do America. I participated in a local composers showcase (composerSPARK), along with my friend Seamus, who conducts Flash Chorus. Renay also organized a dancing flash mob, which was fun to behold.

October 2010: Antibubbles played a set as Weezer for a Halloween cover show in the GSS2 basement. It was glorious.

November 2010: There was a Sorry State Records showcase at the Berkeley Cafe featuring a bunch of awesome bands. Devour played, and I also played synth for Shards, which was fun. 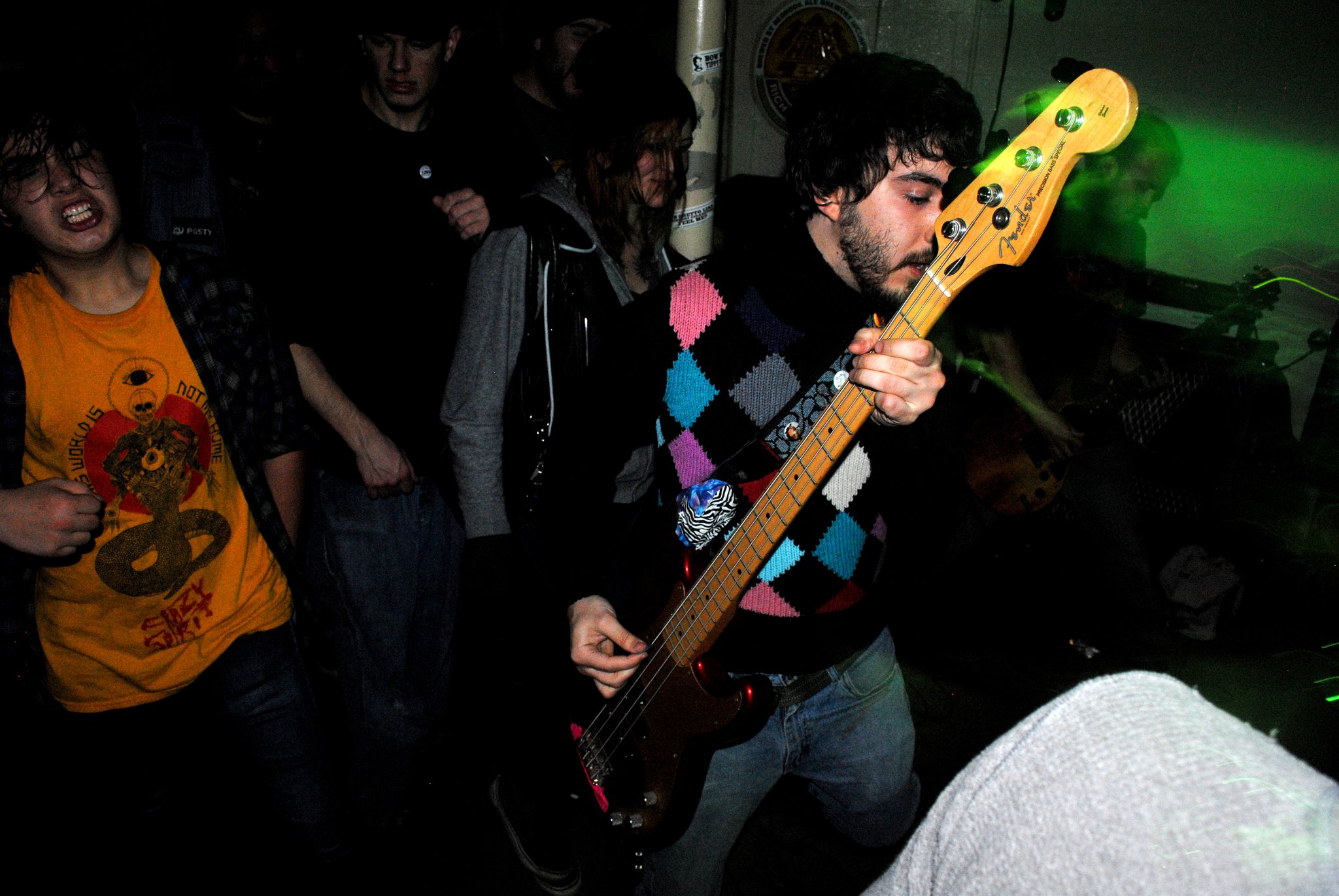 December 2010: A bunch of awesome things happened this month. One of them was that Devour played a semi-secret basement show with fucking Corrosion of Conformity(!). I wore a cute turtleneck sweater.