A History of the Architecture of Alda 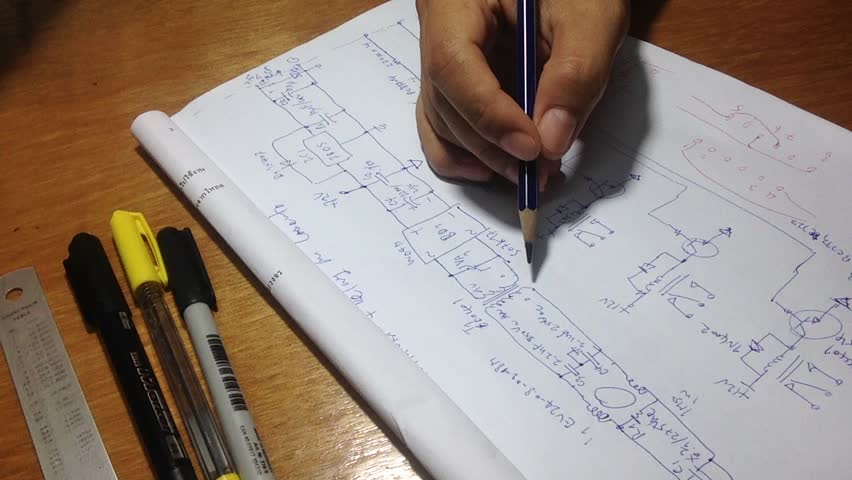 In my last blog post, I talked about an important evolution in the implementation of alda.lisp, a sort of DSL or “mini-language” that represents a musical score and compiles down to data that can be interpreted and performed by Alda’s sound engine.

In this post, I’ll discuss another way in which Alda has evolved over the past couple years. On the way there, I will tell you the tale of how I’ve architected Alda since I started working on it in 2012.

At the time of writing, I consider Alda to be in “Phase 5” of an ongoing series of architectural improvements:

When I wrote the “first cut” of Alda, I set out to make the simplest thing that got the job done: a single program that does everything.

The diagram above summarizes the work that this program needed to do. It needed to provide:

It took me a few attempts using different programming languages (Python, Ruby) before I settled upon Clojure as my language of choice. To their credit, Python and Ruby both have great libraries available for building command-line programs, good parser-generator libraries, and support for playing MIDI music (although this requires the user to install a synthesizer like FluidSynth).

I found that Clojure offered the same perks, but also had some significant advantages:

The parser proved to be very easy to write, thanks to the excellent Instaparse parser-generator library.

We used at-at for note scheduling at first, and then switched to the more robust JSyn, which offers better precision by scheduling events in realtime on a dedicated audio thread.

At first, alda was distributed as a Boot script, which meant that you had to have Boot installed in order to use Alda. Later, we began to distribute the program as an executable uberjar, which only requires that you have Java installed.

At this point, the basic functionality was all there, and it was working pretty nicely, if I recall correctly. But there was one thing that kept bugging me. Each time I ran alda play -f some-score.alda, the startup time was atrocious. On my new-ish Macbook Pro, I would have to wait for something like 5-10 seconds before alda would respond. I can only imagine that it was insanely slow to run on older hardware. Something had to be done about this.

Slow startup time has long been a known issue for Clojure, and it remains a problem in 2017. It’s usually a non-issue when you use Clojure to make long-running processes like servers and web services. The process may take a while to start, but once it’s up, it stays up and it runs fast. But the slow startup time starts to become problematic when you want to write a program that you have to run a lot and you always want it to respond quickly: a command line utility, for example.

On Christmas Day 2015, I released the first Alda 1.0.0 release candidate, which featured a new server/client architecture. The server was a Clojure program that took just as long to start, but then it stayed running in the background and it was quick to respond when you ran the alda client program.

The client was written in a language better suited for command-line programs. I could have chosen any number of languages that let you write fast, cross-platform command-line programs (Rust and Go were on my radar, and I even made an attempt in Go), but I ended up going with Java.

I’m not a huge fan of Java as a language (the JVM platform, on the other hand, is excellent). It’s verbose, not well-suited to functional programming, and it encourages you to use crazy OOP patterns that obfuscate your code. But in this case, I saw a couple of advantages to writing the Alda client in Java:

My first stab at the client/server architecture was one in which the client and server communicated over HTTP. The server was an HTTP server that accepted JSON requests, and different commands were mapped to different routes. This worked out fine, although it turned out to be a little bit clunky and unnecessary.

Some time went by, and a contributor pointed out that HTTP is not an ideal transport protocol to use between the Alda server and client. What we need is actually very simple: we need to send small strings of data between the server and client (typically running both on the same machine) so that the client can make requests to the server and the server can send responses. HTTP can do that and much more, but there is a lot of overhead. For a program as performance-sensitive as Alda, I was interested in exploring better ways to do inter-process communication.

As recommended by the same contributor, I looked into ZeroMQ and I was immediately hooked. I won’t go into too much depth here about ZeroMQ, but sufficeth to say, it’s opened the door to a world where Alda consists of multiple, specialized programs that talk to each other in interesting ways. With ZeroMQ, I can build arbitrarily complex, multi-process programs out of smaller, composable parts.

ZeroMQ proved to be a better way to implement the client/server architecture I had slapped together previously. It turns out that parsing and handling HTTP requests is a great deal more complicated than dealing with simple TCP requests; you have to correctly consider a plethora of HTTP methods, headers, and other parameters. With ZeroMQ, you’re just sending byte arrays, which can be broken up into frames for convenience. In the other process, you can interpret the byte arrays as strings and handle them however you’d like. This is both simpler and faster than HTTP.

On August 8, 2016, we released Alda 1.0.0-rc32, which replaced the HTTP client/server implementation with one built from ZeroMQ REQ/REP (request/response) sockets. I used the Lazy Pirate pattern to make the client more resilient to failure and handle scenarios like network connectivity issues or the server being down.

One of ZeroMQ’s greatest assets is its excellent zguide, a friendly and comprehensive walkthrough of not only ZeroMQ, but IPC in general. The zguide shows you how to use ZeroMQ starting with the very basics, illustrating the concepts with code examples along the way. Along with each example, there is a brief discussion of the strengths and weaknesses of that particular approach or pattern, segueing into another example that is slightly stronger than the previous.

After reading far enough to implement a simple client/server architecture, I realized that we needed to break the server up into separate “worker” processes (Alda 1.0.0-rc35, September 4, 2016). This allows requests to be handled asynchronously, with newer requests being handled promptly even while older requests are still in progress.

(If you’re curious, the ZeroMQ pattern I adapted is called the Paranoid Pirate Pattern.)

The main impetus for this change was that users were starting to report performance/audio issues related to the server trying to parse, evaluate and play multiple scores at once. I read somewhere that in performance-intensive audio applications, it is important to do all of the audio “performance” on a separate thread, e.g. on a dedicated thread running on your sound card. So, after some experimentation, I ended up giving each audio “performer” (a.k.a. worker) its own process, running in a separate JVM. This solved a number of issues caused by using multiple MIDI synthesizer instances in the same JVM.

After making this change, Alda’s audio performance improved noticeably. The worker processes did not exhibit the audio glitches that were observable before because they were mostly free to focus on performing audio, in between polling for messages. Similarly, the server became more responsive now that it didn’t have to compete for resources with an audio performance occurring in the same JVM. 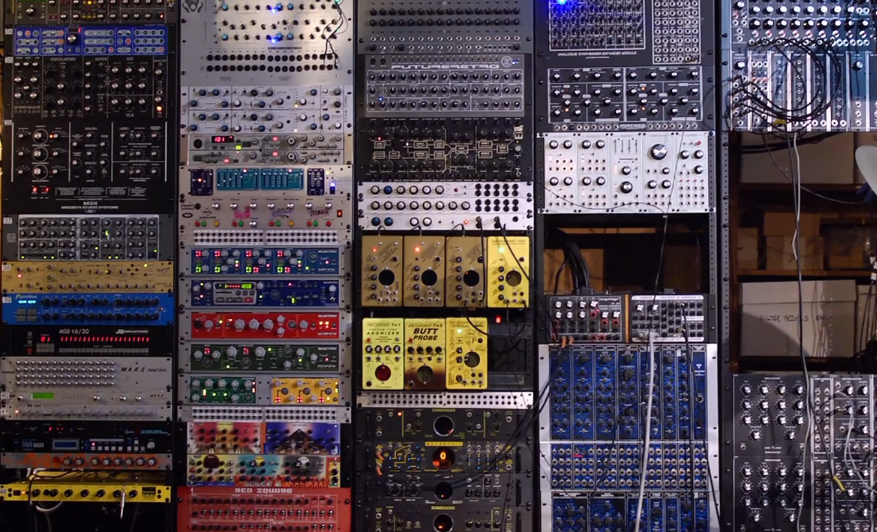 At the moment, Alda is still packaged and released as a single program, which we create by bundling the (Java) client, (Clojure) server and (Clojure) worker into an executable uberjar. But, I’ve been thinking a lot about setting things up so that the components could be implemented in non-JVM languages. I think it might be compelling to explore alternative languages and runtimes for some of the difficult work that Alda needs to do. For example, it might be compelling to write a faster compiler in C (or perhaps something slightly higher-level like Rust), or an alternative, Web Audio API-based audio generator that can run in the browser.

We are already heading in a “modular” direction with the progression of Phases 1 through 4 that I described above. We have gone from a single program, to a client/server architecture, to a load-balanced server/worker architecture.

This modularity we’ve been exploring is also great for a couple of other reasons:

Going forward, I believe the worker can be broken up further into at least two discrete services:

I haven’t dived too deep into this idea yet, but from what I’ve read in the ZeroMQ zguide, there are some patterns like Majordomo and Titanic that look to be able to provide the type of service-oriented architecture that I’m imagining. In the case of the Titanic pattern, work that needs to be done is stored on disk, a specialized service does the work and writes the result to disk, and a server (or “broker”) manages the services and coordinates the process of a client making a request, the work happening, and the client getting a response.

At the moment, this is just a pipe dream, but I’m very interested in discussing and/or experimenting with this kind of architecture. If you have thoughts about this, please share them here!